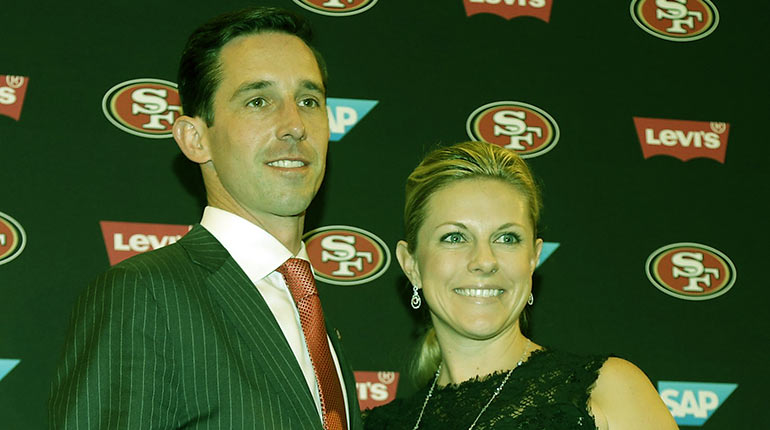 Amanda O’Donnell aka Mandy Shanahan is the wife to Kyle Shanahan, the head coach of the NFL’s San Francisco 49ers. She was born in 1980 in Colorado. Her mother was an eighth-grade teacher. The head coach’s wife attended the Cherry Creek High School, located in the Greenwood Village, Colorado. She would meet her husband in the same school. After high school, Mandy attended the University of Colorado at Boulder, majoring in English Literature.

Her husband went to the University of Texas, Austin. However, the two reunited after she reached out to Kyle when her mother, Nancy O’Donnell, was diagnosed with stage four gallbladder cancer.

Her husband-to-be became Mandy’s pillar of strength during her mother’s illness. He wrote Nancy letters and would fly over on the weekends and take walks with her. 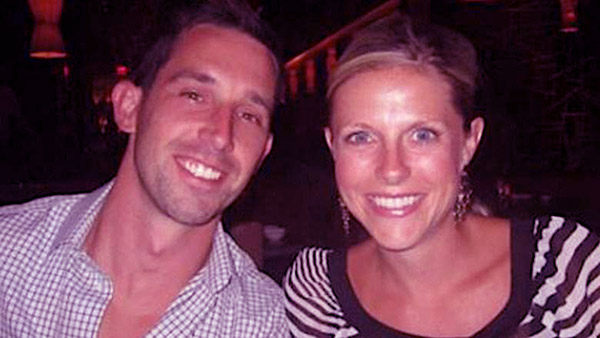 Unfortunately, Mandy Shanahan’s mom succumbed to her illness on January 31st, 2002, at the age of 57, just three months after her cancer diagnosis. Kyle was the one who got her through a horrible experience.

The experience rekindled their love, and they started dating again. They then tied the knot in July 5th, 2005, when Kyle was just 25 years old. The Denver Broncos head coach Kyle said that meeting Mandy made him realize that she was the right person to marry. Since their union, the Kyle and wife Mandy Shanahan have been blessed with three children: two daughters and a son.

The mother of three is an avid fan of her husband and is said to be his manager throughout his coaching career.

Kyle was born in December 14, 1979, in Minneapolis, Minnesota, in the United States. His parents are Michael Edward Shanahan and Peggy Shanahan. His father is a former American football head coach. He worked with the Denver Broncos from 1995 to 2008.

He went to Duke University briefly on a scholarship but later transferred to the University of Texas at Austin. In University, he played the position of wide receiver in the football team. 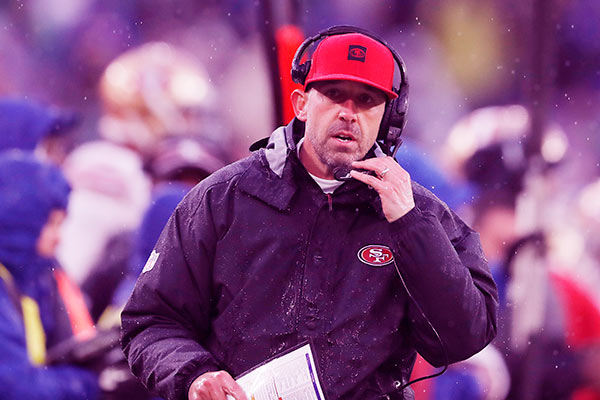 The happy couple has birthed three children in their 14 plus years of marriage. Their first child; a daughter named Stella was born in 2007. A year later (2008), the couple were blessed with their only son, Carter.

Carter was named after Kyle’s favorite rapper, Lil Wayne, whose full name is Dwayne Michael Carter, Jr. On October 22, 2012, Lexi Louise, their lovely baby daughter, was born. The head coach Kyle is reported to have made three 400-song playlists each time a child of his was born. 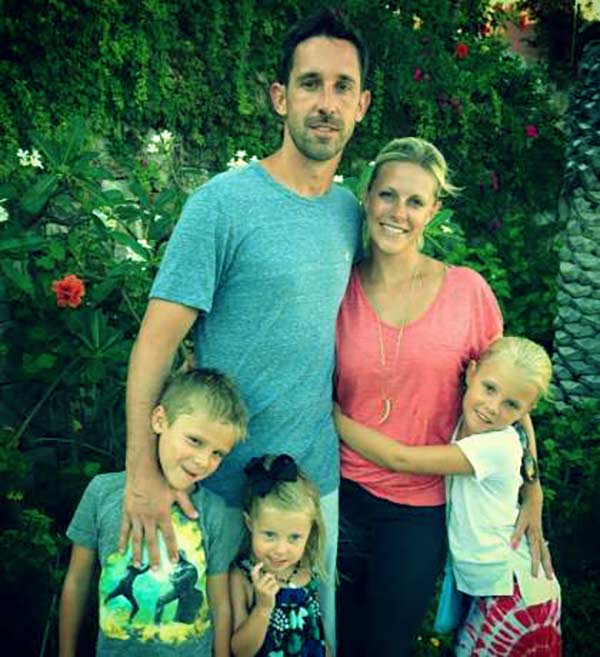 Caption: Mandy Shanahan with her husband Kyle with their kids

Mandy Shanahan wiki-bio and other facts.