Is Noel Fitzpatrick Married to a wife? Or is he gay? 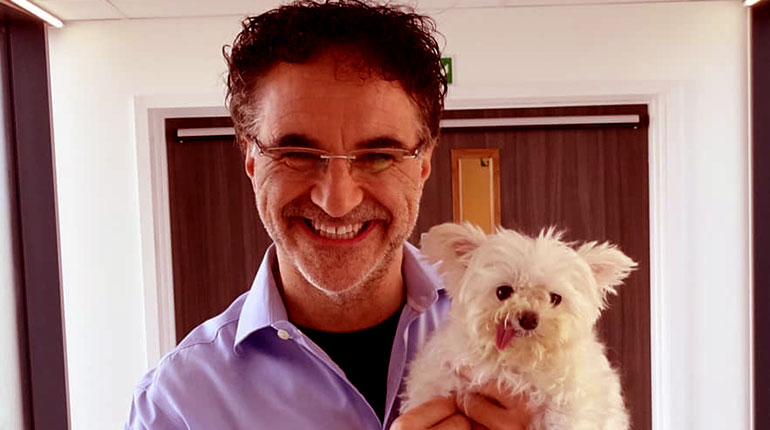 Noel Fitzpatrick has a lot to offer in his titles of veterinarian surgeon, neurosurgeon, oncologist, and an orthopedic doctor. He also has an entry into the Guinness Book of World records when he implanted two bionic legs on a cat named Oscar.

Nonetheless, if there’s one title he wishes to have, is that of loving husband and father. Here’s a rundown of Noel Fitzpatrick’s journey on finding a wife and dating life with his girlfriend. But first, is he gay?

The Supervet host, as seen on Channel 4, has often gone on record as one of Britain’s most eligible Bachelors.

However, when you hold that title for too long, speculations begin to arise on what the underlying problem might be. In extreme cases, gay rumors will start to mount, and that’s what happened to our Irish doctor.

In contrary to most opinions, Noel Fitzpatrick is not gay. He is just unlucky in finding a suitable partner. Nonetheless, this isn’t the first time the good doctor has had to deal with online trolls.

He grew up dodging school bullies who would beat him up and throw him in a quarry, as depicted in his memoir, Listening to the Animals: Becoming The Supervet. 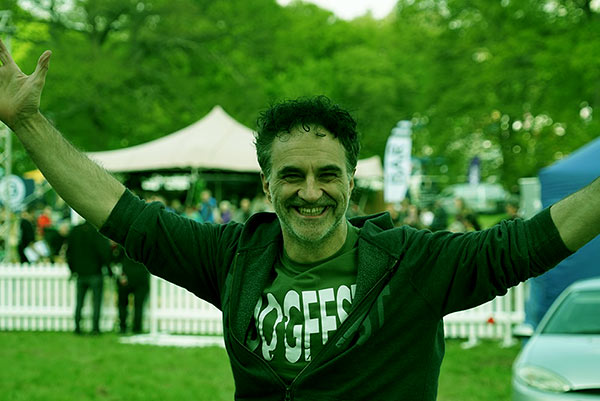 In an exclusive with the Irish Mirror, the 52-year old doctor opened up about his struggles with former girlfriends.

He confessed of losing his virginity in his early 20’s but did not give out the specifics of his other half. However, we got to find out about his first serious girlfriend named Helena back when he was a young lad.

Noel and his former girlfriend met at a modeling agency back when he was still contemplating between a career in the performing arts and veterinary science. We know he somehow wound up moving to London to pursue medicine and killing all hopes of marriage with the girl.

Nonetheless, that was only the beginning of his love woes. Other notable women he had a serious relationship include Tracy Davidson, the ex-wife to Jim Davidson. The reasons for their split never reached the surface even though they made a cute couple at the time.

Nevertheless, he would later move on with British singer, songwriter, and actress, Cathy Dennis. Sadly, like all the others, their relationship was short-lived when the couple broke up in the year 2003.

It was around the same time that Britney Spear’s single track, Toxic, came out. Since Dennis had a hand in the writing of the song, many believe that the veterinarian was the subject of the song.

Noel Fitzpatrick’s wife: He is Married to his Work.

Noel Fitzpatrick is indeed married but not to a wife; he is in love with his work as a practitioner. The veterinarian even went on record to state that while he does long for a wife, she would have to come second after his work.

Now we’re no experts on love and marriages, but a statement like that would deter any woman from pursuing him.

It’s one of Noel Fitzpatrick’s vices that has come to haunt him in the past. Case in point, one of his former girlfriends, found solace in the arms of another man while he was performing surgery on a cat at 2 a.m.

The ordeal left him pondering with depression, a feeling of worthlessness, and suicidal thoughts. He even stated,

“I truly wish that I might have balanced the scales of life better. The irony of it all is that I still love love.”

The 52-year also confessed of coming close to marriage at some point. He frequently gets different raunchy advances from women who adore him.

One client, in particular, sent him a picture of a very short tennis skirt and a tennis ball wrapped in a bow with a tiny cheesy note saying, “The Ball is on your court, baby.” 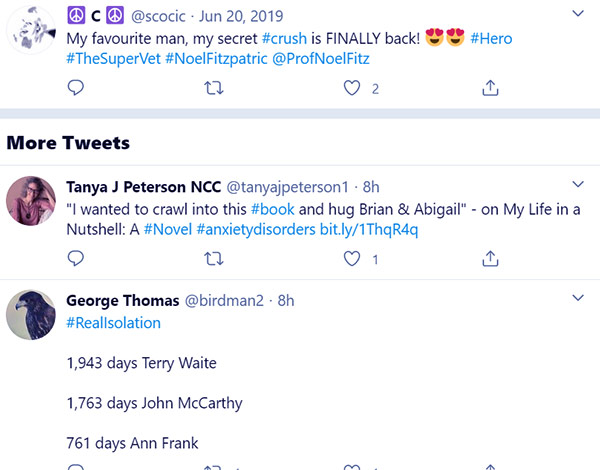 Caption: Noel Fitzpatrick frequently got tweets from women who adore him

However, he finds humans difficult and instead gravitates towards animals. Noel lives with his pet dog named Keira and spends most of his time-saving sentient creatures in his private practice, Fitzpatrick Referrals found in Surrey.

You won’t find anything on Noel Fitzpatrick’s wife or girlfriend on his social handles. He mostly shares inspiring stories with different pet owners and promotes his work. He currently has 192K followers on Instagram and 143.6K followers on Twitter.

Sharleen shared a wonderful and unique bond with her childhood dog Gail. I know most of you will relate to this, I certainly can. ##animalpeople