One of the easiest ways to acquire fame is by marrying someone famous, and Catriona McGinn chose that route. When she first came into the limelight as the wife of hit teen series host Mark-Paul Gosselaar, the public went digging for all they could find on her because the woman is simply stunning.

Catriona always looks like she walked out of a fashion magazine and has a lovely attitude to match. If you are looking to find out more about Mark-Paul Gosselaar’s wife and her children, feel free to indulge with us.

Who is Catriona McGinn?

At a glance, you may easily be fooled that Catriona McGinn is a supermodel, but she is a Los Angeles based advertising executive. She got her first job at Spark Net Communications as a general manager. Owing to her vast schooling background, she was given a position to pioneer and design Jack Fm which is a radio broadcasting station.

Following its success, the LA-based executive got an opportunity to work for Nielson Broadcast Data Systems as a product developer and general manager. Her position at Nielsen gave her career the boost it needed and put her on the map. 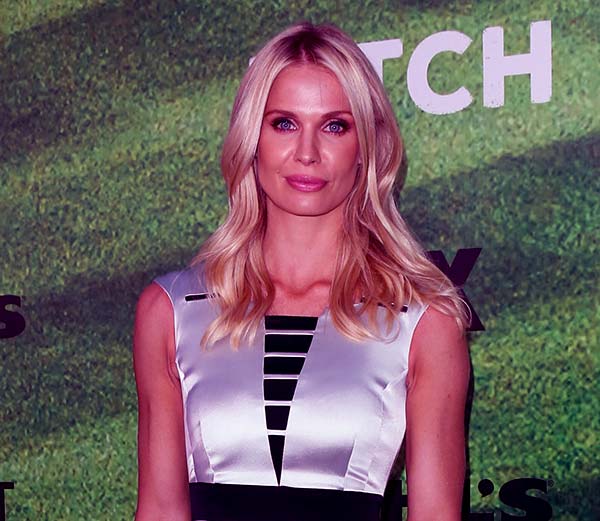 As a result, the industry saw her unwavering potential, and many people started approaching her with job offers. Among them were Media Monitors, and their offer was hard to resist. She joined their company as a sales executive before being promoted to an advertising executive.

Owing to her husband Mark’s popularity, being his wife is all many people associate her with. The two met when she was working at Media Monitors in 2010 and quickly built a good relationship. They dated for a few months and moved in together.

One sunset, when the family of four was taking a stroll down the beach, Paul Gosselaar popped the question and asked Catriona to be his wife; she said yes. Nine months after announcing the engagement, they had a beautiful Scottish wedding under the stars back at a Santa Ynez winery back in July 2012. 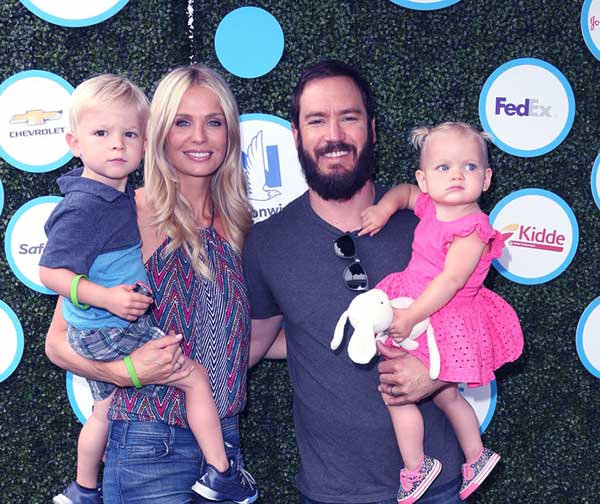 Caption: Catriona McGinn with her husband Mark-Paul Gosselaar along with their kids

The new couple couldn’t wait to get the ball rolling as, within a few months, they were expecting their son Dekker Edward Gosselaar. The child was Catriona’s first, but Paul’s third, as he has children from a previous marriage. Fourteen months after their son was born, Paul announced they were expecting their second child while attending an event by Disney. The couple soon welcomed their baby girl Lachlyn and announced it via Paul’s Twitter handle.

Before Catriona, Mark-Paul Gosselaar’s was married to Lisa Ann Russell.

Mark Paul’s marriage to Catriona McGinn wasn’t the first one he has had as the television sweetheart was once married to Lisa Ann Russell. He met the supermodel in the early ’90s, and they dated for almost five years before he finally asked for her hand in marriage1996. 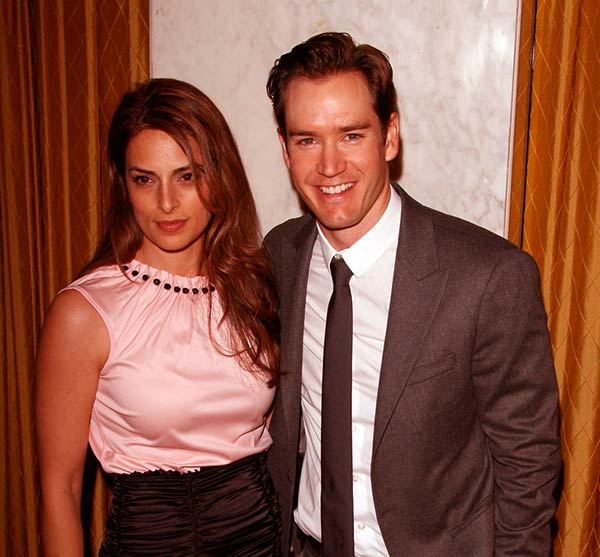 They had a beautiful wedding and went on to be blessed with two children. Sadly, the couple announced their divorce fourteen years later but agreed to have joint custody of their babies. It was Paul who opted for a divorce on June 18th, 2010, citing irreconcilable differences. They now co-parent their two kids, Michael Charles and Eva Lorenn, and continue to be good friends.

Catriona never misses celebrating her birthday, which is on the 22 of June. She is now 41 years of age with Canadian nationality. There is no mention of any siblings, and from her social media, she is seemingly the only child for her parents who reside in the seaside of Canada.

She was raised as an island girl all her life and went on to the John Abbott College in Sainte-Anne-de-Bellevue so that she could be close to her parents. After graduation, her unquenched thirst for education led her to enroll in Simon Fraser University for her undergraduate. At the same time, she also attended Mc Gill University, where she graduated in 2002. That marked the end of her education journey as she started looking for a job.

Catriona is not only a mother and a career woman; her social media suggest she is an impeccable artist. She fills her timeline on Facebook and Instagram with pictures of her latest artworks and hardly anything to do with her family.

Posted by straycatartwork on Thursday, October 18, 2018