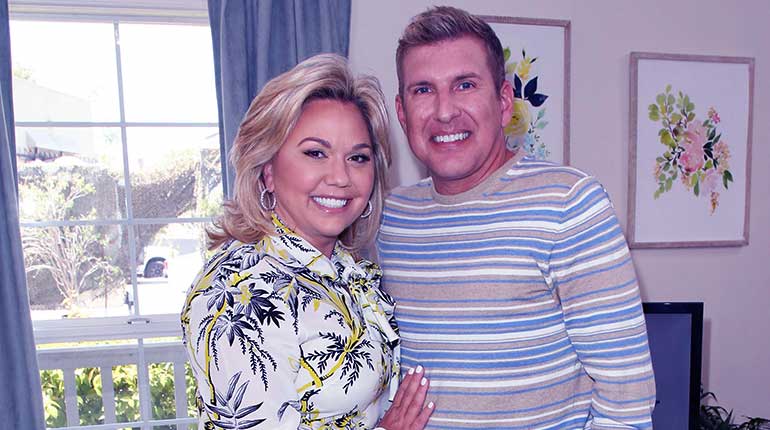 In stark contrast, the bigger than life reality star now lives a lavish life in an over the top mansion, sporting expensive clothes and driving expensive cars. Riddled in controversies and armed with a fortune, Julie Chrisley is the perfect recipe for a mouthwatering reality show. Explore her life and other facts in the paragraphs below.

Julie Chrisley and Todd Chrisley made their wedding vows to each other on 25th, May 1996. The reality star became Todd’s second wife. His ex-wife is Teresa Terry. The couple lives in Tennessee with their five children.

Their marriage has, however, been marred with problems, especially when news got out that Julie was previously married before, seemingly unbeknownst to her husband, Todd. There are even rumors that the couple has since broken up and are leading separate lives according to various magazines such as RadarOnline. 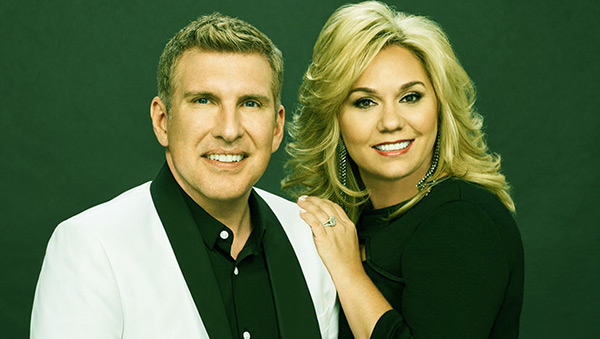 She was previously married to another husband.

As aforementioned, Todd Chrisley’s current wife is a divorcee. She was previously married to a man named Kenneth Wayne Childress, who was a pipefitter. The two had tied the knot on 15th March 1991.

RadarOnline uncovered their marriage license from Oconee County Courthouse located, in South Carolina, confirming that the two were married. However, their marriage didn’t last long, and the two parted ways. Sadly, Kenneth passed away on November 27th, 2012.

Julie revealed that she wants to open a restaurant that will mainly serve southern dishes whose recipes she has perfected over the years. The real estate mogul’s wife didn’t shy away from tooting her own horn when hyping up her upcoming restaurant.

She told the Tennessean that she loves to cook and that anybody who had ever tasted her food lauded it for being better than anything they had ever eaten before. Well, we’ll just have to wait until the restaurant is up and running to sample the dishes ourselves and see if her claims are valid.

Julie is not a shabby cook at all. She is a foodie and even has her food blog named ‘The Chrisley Kitchen,’ where she has posted some of her favorite recipes.

Todd has managed to put a wide berth between her and poverty over the years. She reportedly makes an income of close to $300,000 annually. According to reliable sources, the reality star is worth $3 million. Not bad for a woman who grew up in a trailer. She spends her fortune on expensive designer duds, which she is always sporting, amongst other costly things. 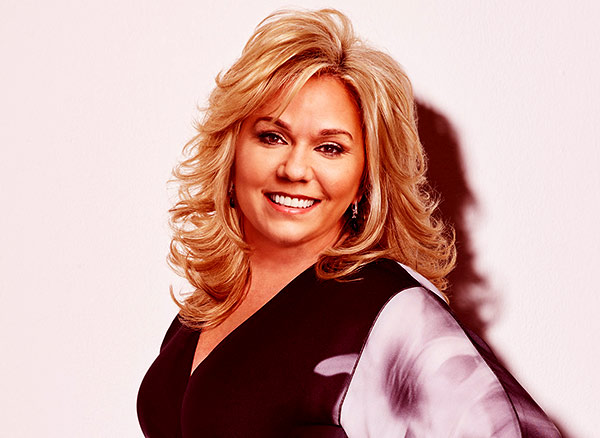 Julie Chrisley and her husband, Todd, would find themselves in the grasp of the law’s long arm on August 14, 2019, when they were arrested in Atlanta. The couple was indicted with charges of bank fraud and conspiracy, wire fraud, and tax evasion. It was confirmed by a news release by the United States Attorney’s Office from the Northern District of Georgia.

To further illustrate their charges, the duo were accused of falsifying personal financial statements and forging bank statements to get millions of dollars in loans. Also, they were charged with conspiring to defraud the Internal Revenue Service (IRS) with their area accountant, Peter Tarantino. The flamboyant couple pleaded not guilty and subsequently posted a bail of $200,000 combined.

Her husband took to Instagram and wrote a lengthy post saying that all the allegations leveled against him were false, and they originated from his disgruntled former employee who was seeking revenge from the Chrisleys after being fired in 2012.

Her husband Todd had filed for bankruptcy before his arrest with claims of having $50 million in debt and $4.2 million in assets. The real-estate mogul also stated that he only had $55 in his checking account and $100 in cash. His mortgage on his Atlanta home had reached a whopping $12 million. The mogul also reported $600,000 in IRS penalties, debt, and late fees. To point out, this is the same man who boasted about having clothes worth a whopping $650,000 later on.

Todd Chrisley’s firm, Chrisley Asset Management, followed suit in 2013, filing for bankruptcy also. Notwithstanding the bankruptcy claims, the family moved to Nashville in 2016 after buying a mansion for a cool $1.6 million. Well, it seems that the purchase was not enough because the Chrisley Couple went ahead to purchase another house. 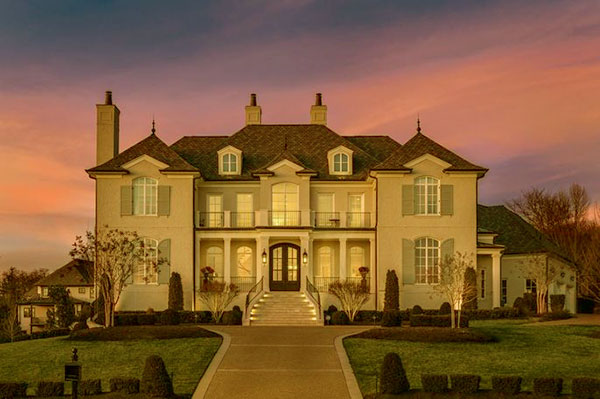 Caption: Julie Chrisley and her husband Todd mansion in Tennessee

This time they went all out and spent $3.4 million. The new property was located in Brentwood, Nashville. This is all so normal for a bankrupt family to be doing. What do you even know about what it means to be bankrupt, right? The Chrisley’s scandals don’t end with their finances. Lindsie, Todd’s estranged daughter, accused him and her younger brother, Chase, of extorting money from her using a sex tape. You just can’t make this stuff up. The Chrisleys do that themselves, and in return, they have become reality television stars.

Radaronline seems to be the gift that continues giving when it comes to uncovering the Chrisleys’ skeletons in their closets. The magazine debunked Julie’s claim to be a former Miss Carolina as false after viewing Miss North Carolina and Miss South Carolina pageant records.

The records reveal that she had never participated in any pageant at all. We have a sneaking suspicion that the Chrisleys aren’t exactly head over heels in love with Radaronline. However, some sources say that it was her mother, who was a former Miss South Carolina back in the day.

The couple has been blessed with three children. They birthed their first, Chase, on June 1st, 1996. A year later, on August 11, 1997, they had their second, a daughter named Savannah. After taking a 9-year hiatus from baby-making, the Chrisleys welcomed their third child, a son named Grayson, on May 16th, 2006.

I should point out that Todd has two children from his previous marriage. A son named Kyle and a daughter named Lindsie. However, the real-estate mogul has had a shaky relationship with his first two kids. His son, Kyle, has battled with drugs over the years, making him unable to raise his daughter, Chloe. Todd is now her father. 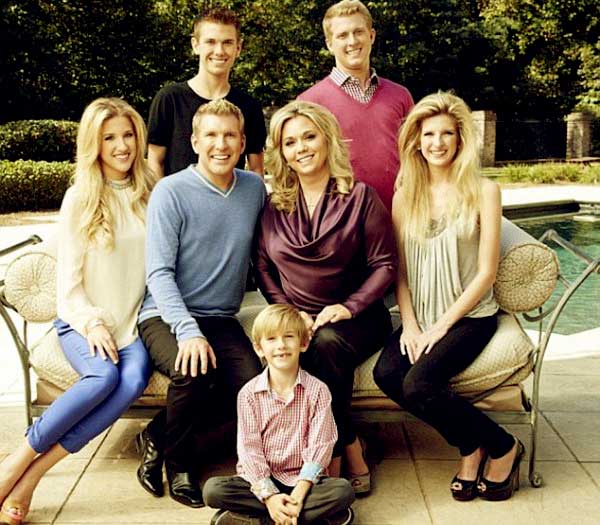 Caption: Julie Chrisley with her family

Her son Kyle Was Arrested for Drugs.

Kyle’s arrest was in May of 2019 for possession of meth. The incident happened after Kyle was pulled over for a broken tail light. After searching his car, the police found the drugs hidden in a cup. The police let him go. Surprisingly, Kyle was facing other charges on domestic violence.

Moreover, at the time of his arrest over drug possession, he was facing a warrant of arrest over giving death threats to his estranged wife, Alexus Chrisley.

Thankfully, Todd and his son reunited in 2019. Kyle shared a heartfelt Facebook post giving thanks and praise to his dad, Todd, for always standing by his side. He made it clear that he had sought forgiveness from his dad, who forgave him and told him he will and has always loved him.

Todd also posted that he loved his son in an Instagram post later. Unfortunately, Todd and his daughter, Lindsie, are yet still to reconcile.

She started out doing low paying jobs in her life before meeting Todd. After meeting Todd, she got the opportunity to cast in their reality show, Chrisley Knows Best. The show has allowed her to earn a cool $260,000 annually, making her a net worth of $3 million. The mom of three also has a food blog where she posts Southern dishes recipes. She had earlier revealed that she was to open a Southern-dish restaurant, but that is yet to materialize. 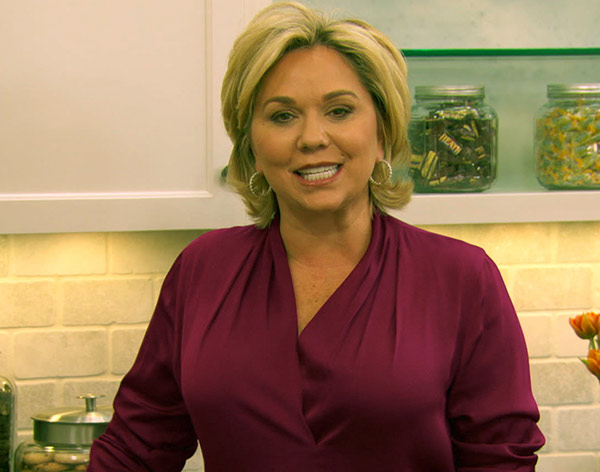 The Chrisley Knows Best reality star Julie’s father is a Baptist minister. His name is Harvey Hughes Jr. Her mother, Hix Hughes, worked as a bank teller. She was born and raised in South Carolina, USA. She had a simple upbringing, living in a double-wide trailer with her parents and her brother, Harvey Hughes III.

Her Age and Birthday.

The mom of three was born to her parents on January 24th, 1973. She is 47 years old in 2020. She is an Aquarius Zodiac. Just like many Aquarius people, her adaptability and strength have been evident throughout her life.

Julie likes to shake things up in the kitchen when she is not busy filming their hit reality show. She loves cooking Southern dishes, and on her food blog, she shares her favorite recipes, some of which we will share with you today.

Recipe no.1: Biscuits and Gravy

The Chrisley Knows Best reality star lost an impressive 20 pounds after following the Nutrisystem. Her current weight is 134 pounds, and she is looking better than ever. Kudos to her for pursuing a healthier lifestyle. 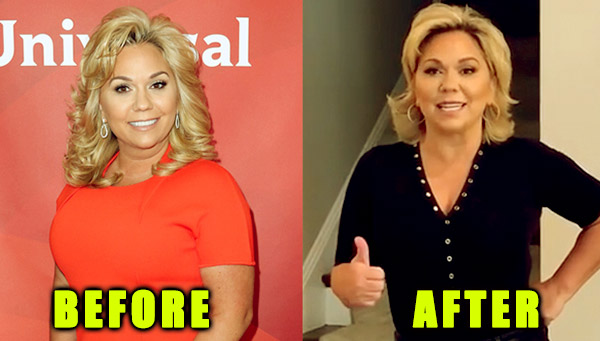 Caption: Julie Chrisley weight loss before and after

Julie Chrisley wiki-bio and other facts.

Julie is very active on social media, especially on Instagram. She has 808.1K followers on Instagram. Her Instagram handle is @juliechrisley. She loves posting pictures of herself, her husband, her children, and her delicious dishes.

Made this delicious and healthy salmon bowl for dinner. Huge hit in the Chrisley house! #chrisleyknowsbest #juliedishes

Julie Chrisley was diagnosed with breast cancer in 2012 after a lump was found in her breast tissue. Lucky for her, the disease was detected early enough before it became fatal. She underwent a double mastectomy and is now cancer-free and healthy.

She has a tragic past, unbeknownst to many. Her brother, Harvey Hughes III, committed suicide when Julie was 25 years old. Our heartfelt condolences go out to Julie and her family.

About her husband Todd Chrisley.

Todd Chrisley is the patriarch of the Chrisley household. Julie was born on April 6, 1969. He was born and raised in Georgia, Westminster, South Carolina, in the United States. The tv star became wealthy mainly from real-estate. However, he now depends on the earnings he gets from his reality show after his firm became defunct. He is not doing too badly, though. The real-estate mogul’s net worth is $5 million.

The father of 5 is strict with his children, as seen in his hit reality series, Chrisley Knows Best. Todd loves the finer things in life, as evident from his lavish lifestyle. Todd Chrisley’s wife is active on social media, more so, on Instagram. He has an impressive 2 million Instagram followers. He loves posting photos of himself, his wife, kids, pets, funny clips, and his favorite quotes. His Instagram handle is @toddchrisley.

Julie and I join you from our home, as I update you on my recovery process and more tax law updates. PLUS your calls about faith, deadbeat friends, and difficult marriages. #chrisleyconfessions GO LISTEN! @applepodcasts