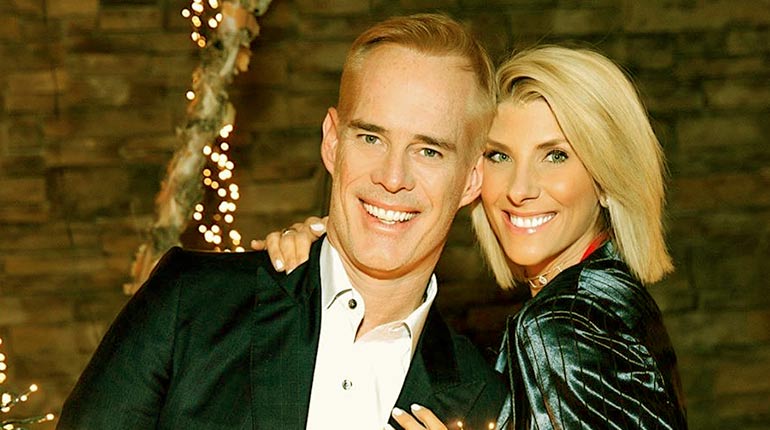 Joseph Francis Buck, better known as Joe Buck, is a popular sports journalist. His name is synonymous with Major League Baseball as he broadcasted several World Series games. Joe’s work on air has seen him nominated for a plethora of Emmy Awards. His work on television extended beyond the NFL as well. Besides being relatively successful in his field, Joe Buck’s career has also been marred with controversy. Learn more about Joe’s current wife, Michelle Beisner Buck, as we explore her life in detail. The article will also focus on Joe Buck’s ex, Ann Archambault.

The sports news anchor is married to a woman named Michelle Beisner-Buck. The pair would start dating a few years after Joe’s first marriage came to an end. He met Michelle while they were both covering a sports event, and the connection was unquestionable and instant.

Joe and wife Michelle Beisner-Buck would take their relationship to the next level, tying the knot on the 12th of April 2014 across the border in Mexico. The happy couple is approaching six years of marriage. This has seen Joe Buck and his wife Michelle have two children together. These are sons Blake Andrew and Wyatt Joseph Buck. The boys are twins who were born on the 26th of April 2018. They are turning two years old later this year. 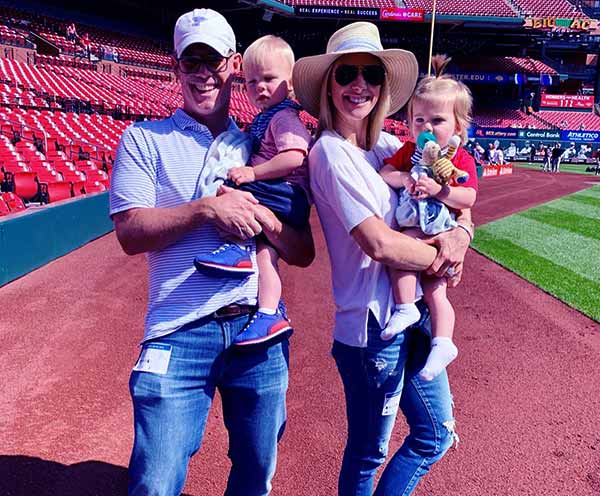 Caption: Michelle Beisner-Buck with her husband Joe Buck and with their kids

The happy family presently resides in Florida. Joe and Michelle Buck continue to reaffirm their love for each other every day, as is evident in their social media profiles. Fans of the sports broadcasting personalities are regularly treated to wonderful pictures of the pair and their children. Joe and Michelle’s relationship is very supportive, as well. An incident that occurred recently on air was followed by accusations of racism on Joe’s part. His wife came to his defense.

Joe Buck’s current wife, Michelle, was born on the 15th of October 1976. This would make Michelle Beisner Buck 43 years old at the moment. In regards to her profession, Michelle Beisner-Buck is a well-known sports anchor who has had a near-decade tenure on Monday Night Football.

Michelle started on ESPN, working on the “The Russo and Steele Automotive Auctions show.” You’ll be surprised to learn that in addition to anchoring, Michelle has also enjoyed relative success in the movie business. She is credited with appearing in films such as Alice and Wasteland and Throttle. 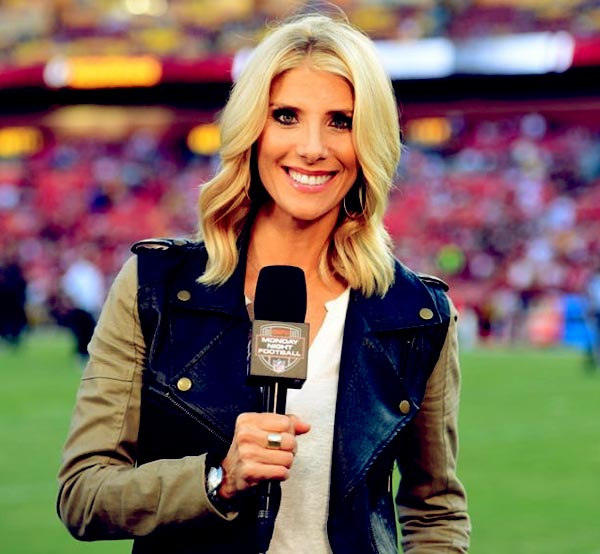 Before her stint on television, Michelle Beisner-Buck also enjoyed a career as a professional cheerleader. With over sixteen years of dance training, Michelle was brought on to perform with the Denver Broncos Cheerleading team. The Denver Broncos are a professional team in the NFL.  Michelle stayed with the team for over five years, and it not only gave her the chance to be part of the Pro Bowl back in the late 90s but also to travel to various exotic locations. These include the likes of South America, Australia, and Hong Kong.

The talented news anchor’s marriage was to Anne Archambault. Remarkably, Joe and Ann Archambault Buck have known each other since their time in middle school. They were friends for several years, growing up before they eventually started dating. Joe and Anne would finally walk down the aisle on the 23rd of January 1993 in a sea of close friends and family.

Joe and Ann Archambault went on to have two children together. Their first child is a daughter named Natalie. Her younger sister is named Trudy. Both are still students at the moment. Natalie has chosen to follow her father’s footsteps, having pursued a degree in broadcasting at the University of Indiana. She would even later go on to get an apprenticeship at the Fox Network. 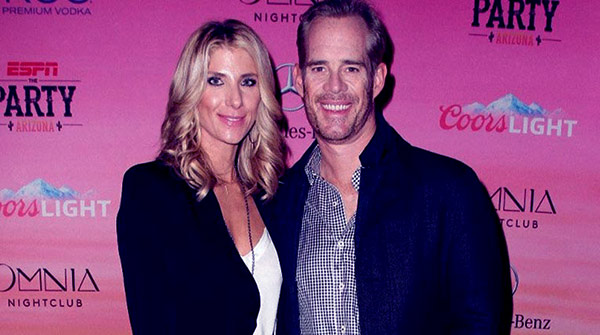 Her sister Trudy, on the other hand, is a student at the Cinematic School of Arts in Los Angeles, California. After a near two decades of marriage, Joe and Ann would officially split up. They were separated in 2010, having incurred several issues along the way. Neither went into any detail as to what these problems might have been. As such, we were all left to speculate. The divorce was finalized a year later in 2011.

Joe Buck’s ex-wife is a relatively private person. As such, there isn’t a lot of information available on her online. We were, however, able to uncover a few things. Like her ex-husband, she is a native of St. Petersburg, Florida.

We also estimate that she was sometimes born back in the late 60s, and is in her early 50s in regards to age. As far as her educational background is concerned, she attended St. Louis Country Day School. This is where Ann Archambault would meet her future husband, Joe Buck, while they were both in middle school.

This is an interesting question, mostly because Joe Buck has been married twice. Both times to women, whom he would even go on to have children with. So why are there rumors and speculation that the talented sports broadcaster is gay? The answer will surprise you.

Right off the bat, we want to confirm that the sports anchor is not gay. He is happily married to a woman named Michelle. This has been the case since 2014. So, where did the rumors stem from?

The journalist shares a name with another actor. This other Joe would star in a movie called Midnight Cowboys. The film was centered on two gay characters in New York City. It tried to explore the issue of homophobia during the time, and all the prejudice around it.

Actor Joe Buck portrayed one of these characters. However, this is not the sports anchor we have come to know throughout the article but rather a different man.