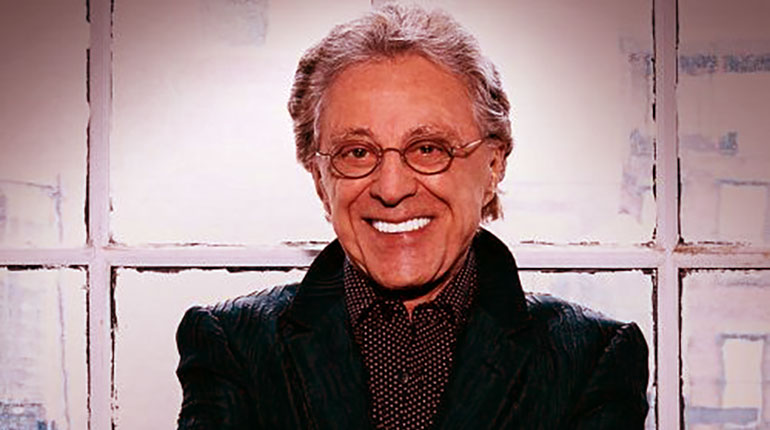 Frankie Valli is an all-time legend for delivering hit songs such as Can’t Take My Eyes Off You, Walk Like a Man, and December 1963. But let’s face it, the man was no saint. He was married three times and cheated on all three women while on tour, according to a book written by one of his conquests, April Kirkwood. That said, here’s a look at Frankie Valli’s spouses, ex-wives, and reasons for their divorce. Stick till the end to find out more about his latest girlfriend.

Mary Mandel, otherwise also known as Mary Delgado held, the title as Frankie Valli’s first wife. While it’s unclear how or when the former couple met, she charmed her way through his heart. As a result, the singer marked the year 1957 as the year he would walk down the aisle. His career had just begun, and adding a family was probably not the worst idea.

Mary Mandel beat him to it, though. She already had a daughter named Celia Sabin Selleck from one of her previous relationships. At the time of marriage, Celia was only two years old and grew up as Frankie Valli’s flesh and blood daughter. She was later joined by her two siblings, Antonia (Toni) and Francine Valli born, in 1960. 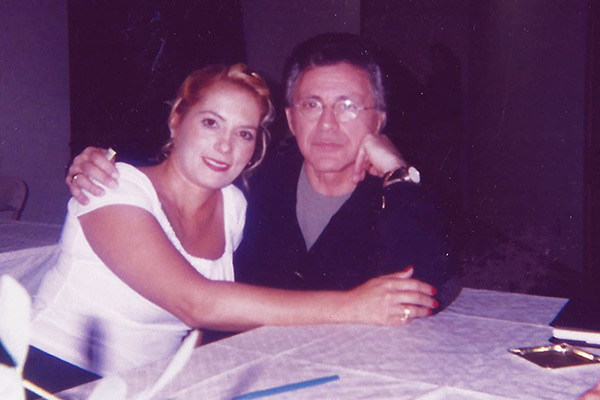 For 14 years, the couple lived harmoniously until their relationship became estranged. The reason for their fallout had something to do with Frankie’s newfound fame. During an interview, he stated that his success would always come first and his wife would have to understand.

“Second doesn’t mean you don’t have a great love for this person, but she has to accept the long absences, that she’ll be raising the children and so on. Either that or don’t’ have children and travel together. I wouldn’t give up show business for anybody. Unless I can make myself happy, how would I make anyone else happy?”

Sure enough, in 1971 their romance turned sour with the couple divorcing. Joint custody of the children fell upon both parents. Finally, in 2007, Mary Mandel was finally laid to rest following her death on April 28th, at the Saint Barnabas Medical Center in Livingstone, New Jersey.

She was born in Newark but resided in Nutley with her brother and sister. According to her bio, she moved to Caldwell, where she lived for 15 years before meeting her husband.

The Jersey Boys star was at the peak of his career during and after the divorce. After that, he was exposed to several celebrities and high profile individuals, including MaryAnn Hannigan. She worked as a supermodel with several known commercial brands.

The pair met and hooked up in 1972, and by 1974, he became his second wife. Following the advice he gave to himself, Frankie opted not to have any kids with Hannigan. Instead, they would tour the world side by side as she also modeled internationally. However, like the former, their love was also not meant to be following their divorce in 1982. 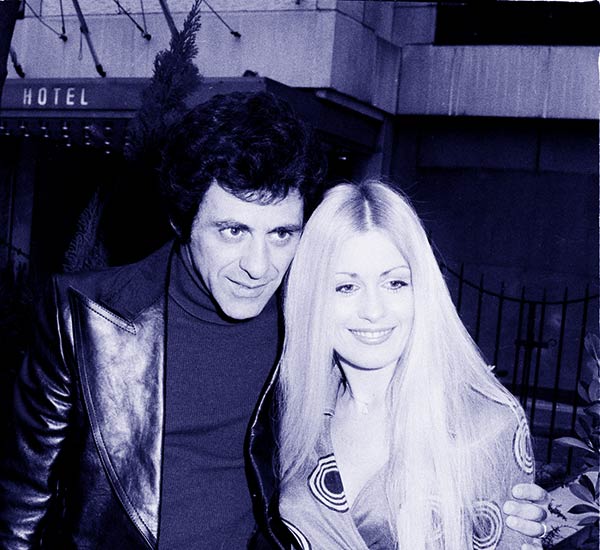 Unlike the rest of his wives, MaryAnn Hannigan was always private about her affairs. After her divorce, she pretty much went underground. Frankie Valli’s second wife is currently presumed dead, but more on that later.

Right after separating from his second wife, the Four Seasons lead singer met and fell in love with a woman named Randy Clohessy. A few years down the line, in 1984, they decided on getting married at the St. Patrick’s Cathedral in Manhattan.

Randy Clohessy was born in the year 1960. By the time she was getting married to Frankie Vallie, who was 47 at the time, she was only 24 years of age. Despite their vast age difference, Randy Clohessy remained loyal to her husband for 22 years of marriage. 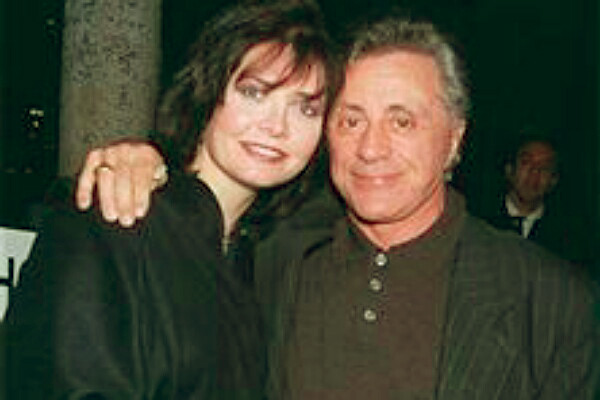 They only separated and divorced in 2004, citing irreconcilable differences. Again, following her divorce, Randy Clohessy has since disappeared. Like MaryAnn Hannigan, she is also presumed dead. More on that next.

His relationship with April Kirkwood.

Frankie Valli may have been huge on pop and rock love songs but was never good at morality. He had several clandestine relationships ranging from air hostesses to barely legal teens. One such was April Kirkwood, a 16-year-old girl whom he deflowered while he was 39 years old.

April Kirkwood is a licensed therapist, speaker, former beauty queen, and accomplished author. She was born and raised in Youngstown, Ohio, by her mother, Beverly Gatta, grandmother, and several aunts. Her dad, Ralph Gatta, left when she was only four years old, whereas her mother had mental illness following her abusive upbringing. 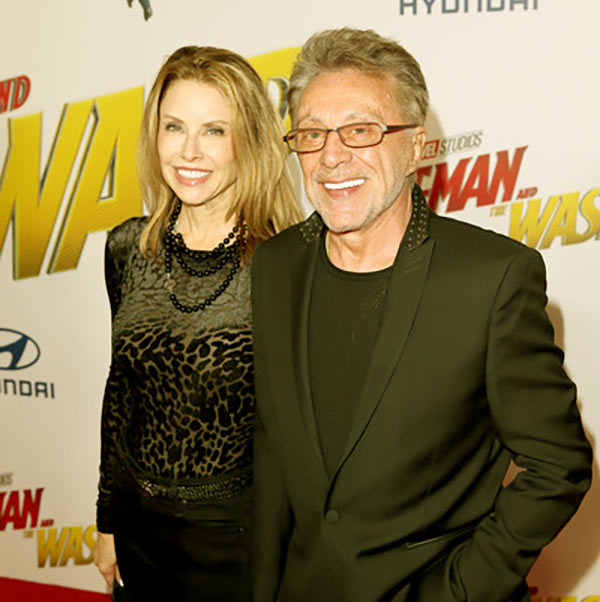 As a result, young Kirkwood found solace in music – Frankie Valli’s music to be precise. By the age of 7, she was madly in love with him and would drag her mother backstage to go to his concerts whenever he was in town.

One fateful night, Frankie invited her for a few drinks at the Holiday Inn on Belmont Avenue, where he seduced and took away her virginity. The following day, she went back to school as if nothing had happened but kept a clandestine relationship with the singer.

April Kirkwood was more a sex partner than a companion for the singer. In her memoir, Big Girls Do Cry, she narrates how he robbed her of her best years. She’d longed to be the next Mrs. Valli but never measured up to the likes of Maryann Hannigan and Randy Clohessy. Eventually, April tried to move on and got married to a local boy named Phillip Regno, but that ended in a divorce 18 months in.

Her second attempt at marriage was with a construction worker named Bill Kirkwood. Together, they spawned off two kids, Dana and Grant Kirkwood. Sadly, their marriage also ended after 17 years. The mother of two finally got her act right by getting two Master’s degrees in School and Community Mental Health Counselling.

Aside from her memoir, the mother of two also wrote Working My Way Back To Me. When one fan asked about the whereabouts of MaryAnn Hannigan and Randy, she replied with, “ MaryAnn passed away recently as did Randy…Life is sad, isn’t it? Happy New Year.”

Frankie Valli’s ex-wives aren’t the only ones who aren’t part of this world. The singer lost two of his beloved daughters to freak accidents. The first to go was his stepdaughter, Celia, in 1980. She was locked out of her apartment in New York and decided on taking the fire escape route. Consequently, she slipped and fell to her death. 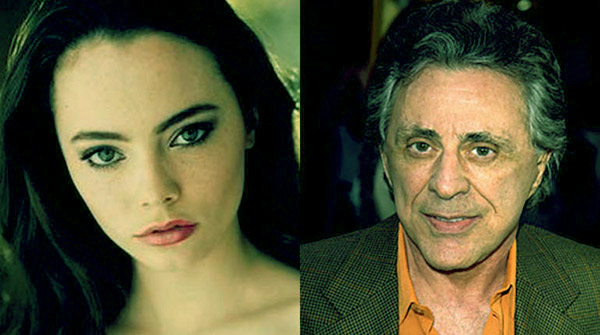 Six months later, on August 16th, Frankie Valli’s youngest daughter also died of a drug overdose. Her death was a result of mixing alcohol and Quaaludes, which resulted in health complications. Like her father, Francine had shown a lot of promise in singing but died young at the age of 20.

It’s surprising that despite all his conquests, Frankie Valli has never sired children out of wedlock. During his last marriage, the couple welcomed three sons, namely Francesco, born in 1988, and twins Emilio and Brando, born in the year 1996.

Frankie Valli’s ex-wives all appeared alongside their husband in fame. However, all three disappeared post-divorce. On the other hand, April Kirkwood maintains a following of 1k fans on Instagram where she promotes her books, shows, and podcasts.

You’re grumpy, you’re tired, you don’t want to do⠀ what it is you are about to do.⠀ ⠀ Get that oily hair frazzle our of your eyes!!! ⠀ The wisp of romance, the scent of surprise, the promise of possibility — none of that is in the air.⠀ Turn down the percolating coffee, no amount of caffeine will jolt you to life!!! ⠀ ⠀ You don’t much like yourself, or at least you don’t find satisfaction in what you see looking back at you in the window’s faint reflection.⠀ Is that a dried-up Maple leaf, or your face? ⠀ ⠀ You need to figure out YOU! ⠀ Where is the YOU brimming with confidence, ambition, and kindness? Where is the YOU who looks forward to the start of the day, relishes and attacks the work at hand, feels good at the end of the day, and then beams with thoughts of what comes after??⠀ ⠀ Want to know more? Want to find YOU? Don't waste another minute or your precious mental space. You are loved and you are worthy. ⠀ Head to aprilkirkwood.com/shadows and sign up for FREE to get started.

Aaron Rodgers is a 36-year old Quarterback from California. He was drafted to the Green Bay Packers back in 2005. It marked the start of… Read More »Who is Aaron Rodger’s Rumored wife Destiny Newton?

Juli Fisher is famously known to be Jeff Fisher’s ex-wife. Her ex-husband is a former football coach. We could say he was a legend coach… Read More »Jeff Fisher Ex-Wife Juli Fisher Wiki Biography and 5 Facts.